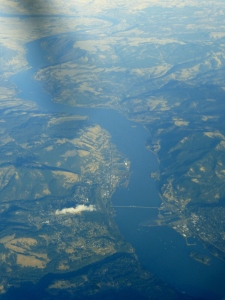 Every student of wine knows that next to California, Washington state produces the most vitis vinifera wine in the country. In 1987 there were fewer than 100 wineries in Washington. Today there are over 800.

The success of the European vine in Washington state is in part due to something that happened 10,000 years ago, and that is the Missoula floods, a series of floods, 30 of them, that brought many types of soils to Washington, including basalt, silt, sand and calcium. There is a great deal of variety in the terroir of Washington. Because of this great variety, new AVA’a (American Viticultural Areas) are still emerging.

According to Sean Sullivan, author of award winning blog, The Washington Wine Report, there are five emerging AVAs to watch in the coming years. It’s important to note that Columbia Valley AVA which was established in 1984 is the largest AVA in the nation. Many of the new and emerging AVAs are sub regions within Columbia Valley. As vintners continue to discover variation in the soils, sub-regions become more important.

Ancient Lakes of Columbia Valley became its own AVA in 2012. It has calcium and fine sand soils, and cooler temperatures due to its position further north. Eighty percent of the wine coming out of Ancient Lakes is Riesling, such as Charles Smiths’ Kung Fu Girl and Chateau St. Michelle’s Eroica. The cooler temperatures and calcium deposits come through in both of these crisp, vibrant Rieslings.

Columbia Gorge became an AVA in 2004 and straddles both Washington and Oregon. Taking advantage of the mineral deposits in the soils, the vineyards are planted with 64% white grapes. But further south with slightly warmer temperatures, those white varieties are more likely to be Chardonnay and Gewurztraminer.

In 2005 Waluke Slope became an AVA. It is one of the warmest AVAs in the state, second to Red Mountain. Known for its sandy soils, Waluke is two thirds red in its vineyard plantings.

Also, formed in 2005, Horse Heaven Hills has a similar make-up of plantings with two thirds red and one third white. The wines from this region are known for their ripe fruit and good structure.

Some other Washington state regions to watch are The Rocks District of Milton-Freewater (not, yet, an AVA,)which is known for its Syrahs, Lake Chelan (AVA 2009,) Rattlesnake Hills (2006) and Naches Heights (2012) which is mostly biodynamic and 100% sustainable.

Washington state has seen tremendous growth in its wine industry in the past 20 years. It has come a long way, but in many ways, it is just getting started. With so many soil types, and many more grape to terroir matches yet to be made, expect a lot of continued growth and discovery in Washington wines. 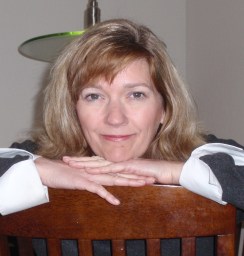 Oldman's Guide to Ousmarting Wine: 108 Ingenious Shortcuts to Navigate the World of Wine with Confidence and Style, Mark Oldman

How to Taste Wine, Pierre Casamayor

Red, White, and Drunk All Over: A Wine-Soaked Journey from Grape to Glass, Natalie MacLean

Wines of the World, Susan Keevil